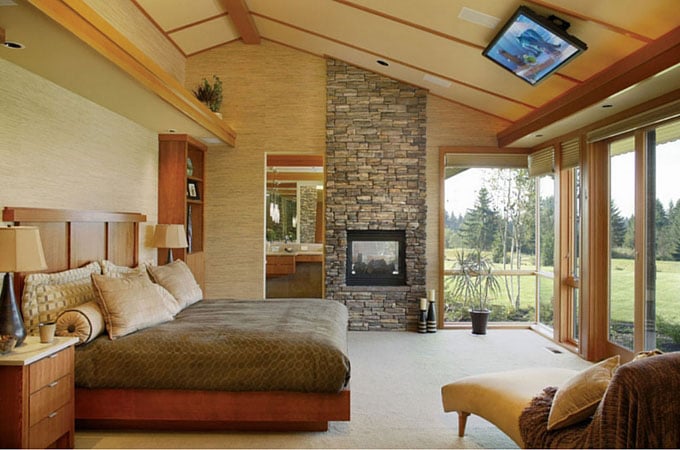 Wall mounting a TV is a task that should not be taken lightly. There’s an art to getting that perfect spot, that perfect type of mount and that perfect angle. And, as with any art, there are those out there who are masters of the craft and those who sadly fall short of the high glorious standard set by those masters. Today we celebrate the Rembrandts and the Picassos of the TV wall mounting world, those fine folks who understand that hanging a television on a wall is as delicate a process as hanging the Mona Lisa in the Louvre…well maybe it’s not that delicate a process, but you get the idea.

Here are some of the kick awesomest TV mount jobs that we’ve collected from around the Internet:

1. THIS CLEVER FLIP OUT TV MOUNT LOOKS QUITE COZY: 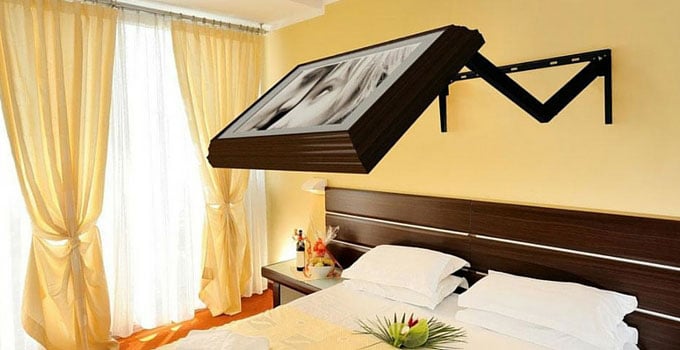 Just make sure that the mount is secure before you get tucked in!

2. WHY NOT MOUNT THE SHELVES, TOO? 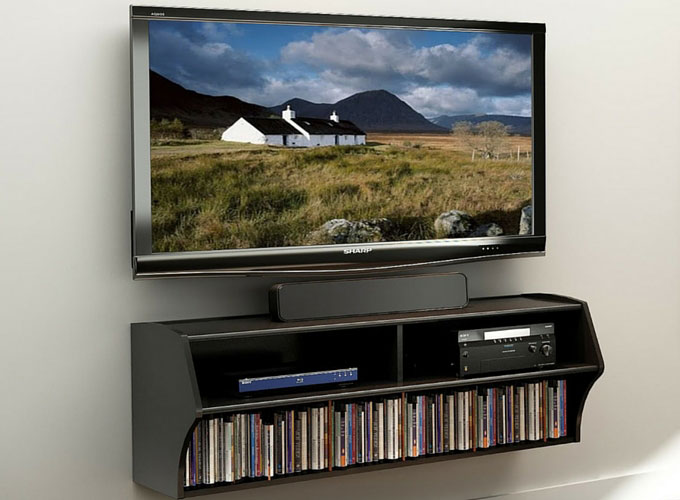 3. OR JUST STAND THE TV ON THE MOUNTED SHELVES: 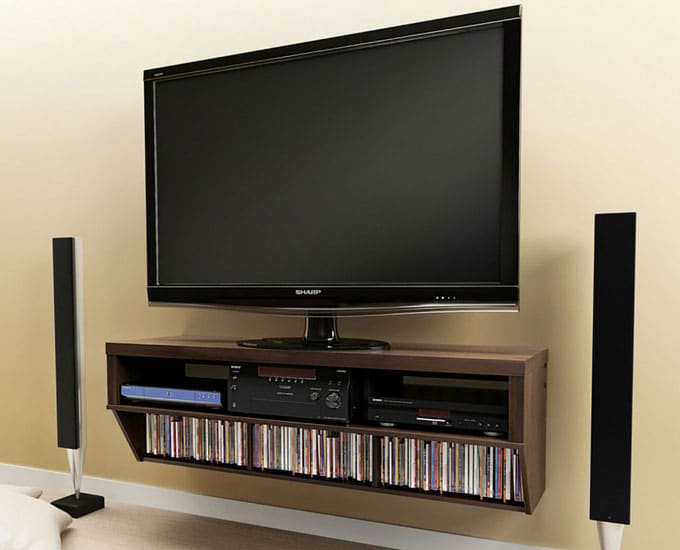 Cut your work in half!

4. ADMIRE THIS ONE FOR ITS SYMMETRY: 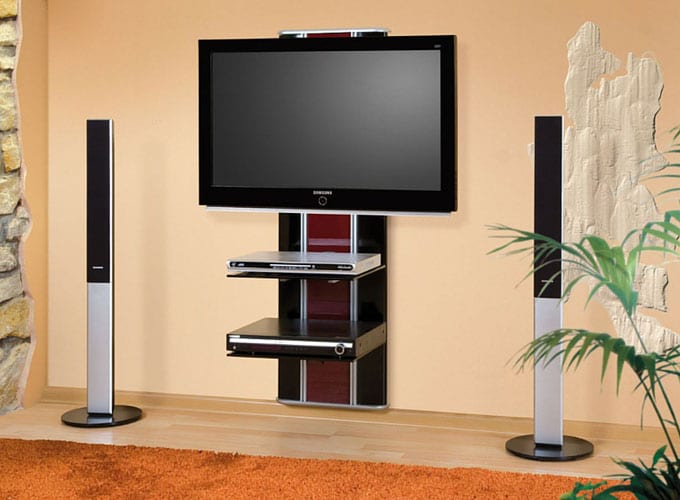 Goes great with the orange carpet!

5. THIS ONE IS HIDDEN IN THE BEDROOM FURNITURE: 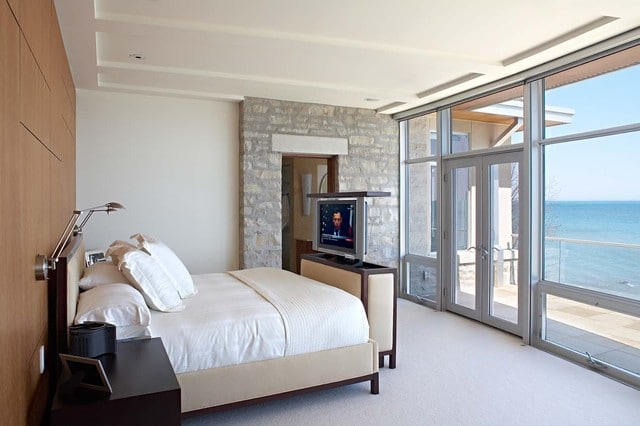 Can’t beat the view behind it either.

6. HIDE THIS ONE WHEN YOU’RE NOT USING IT: 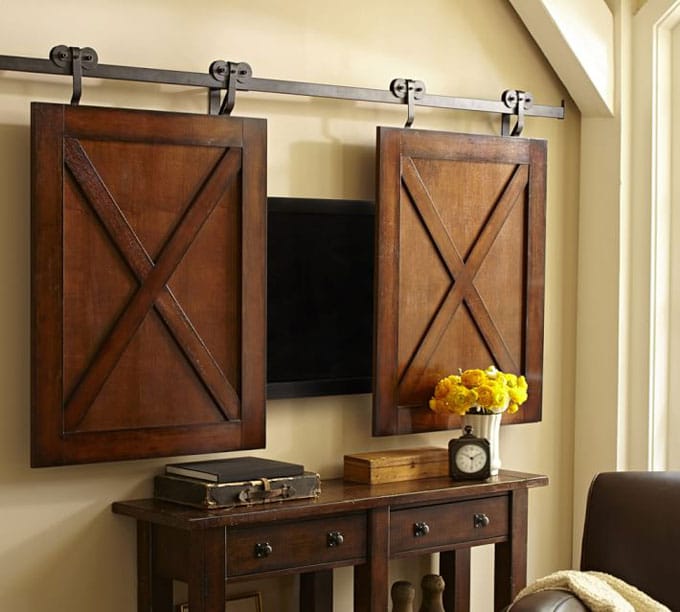 Just don’t forget where you put it!

7. THIS ONE FLIPS DOWN FROM THE CEILING: 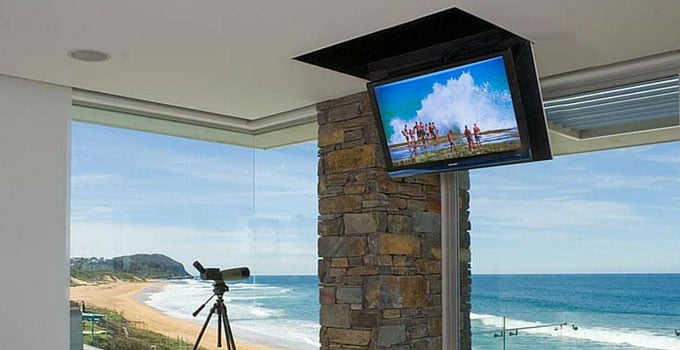 And we’re flipping out over it. 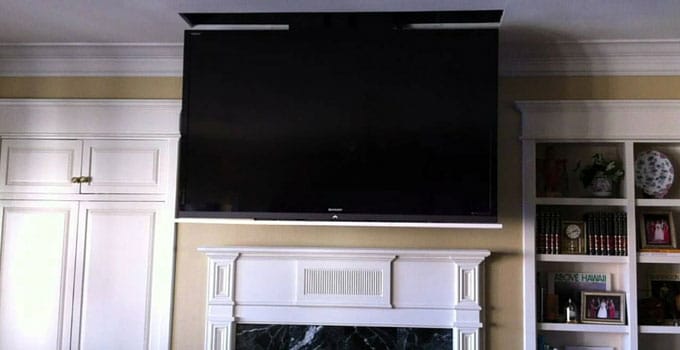 Watch it in action here. Isn’t it glorious? 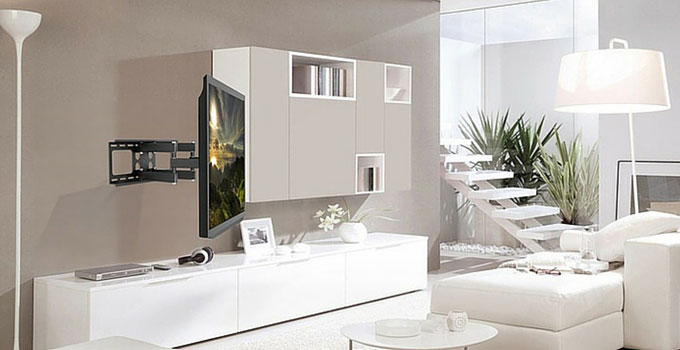 10. THOUGH THIS ONE DOESN’T SWIVEL, IT STILL LOOKS GREAT: 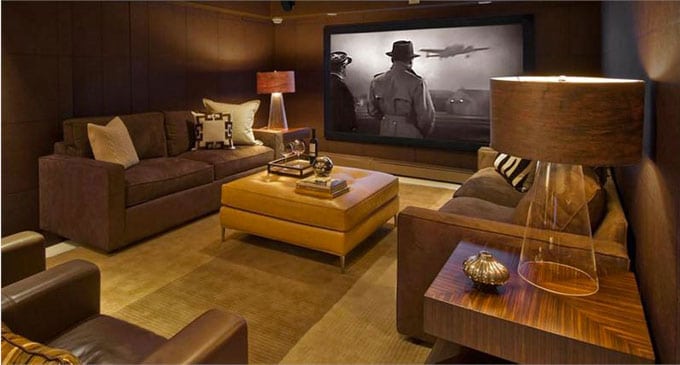 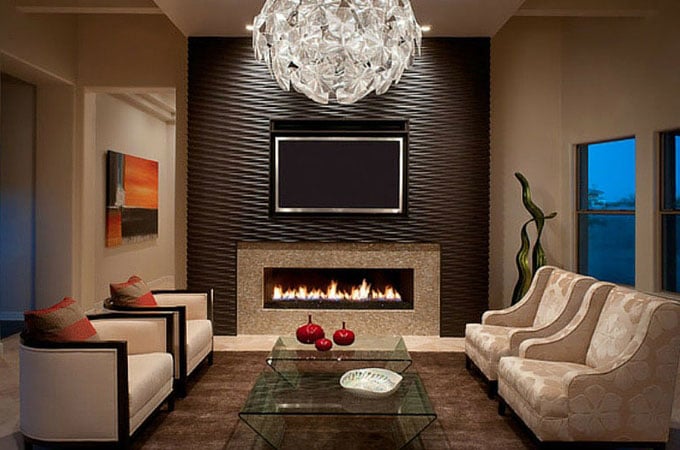 Look, we know the over-the-fireplace debate is a hot button issue in TV land, but you’ve gotta admit, this one looks pretty good.

12. AND THIS ONE IS QUITE PICTURESQUE: 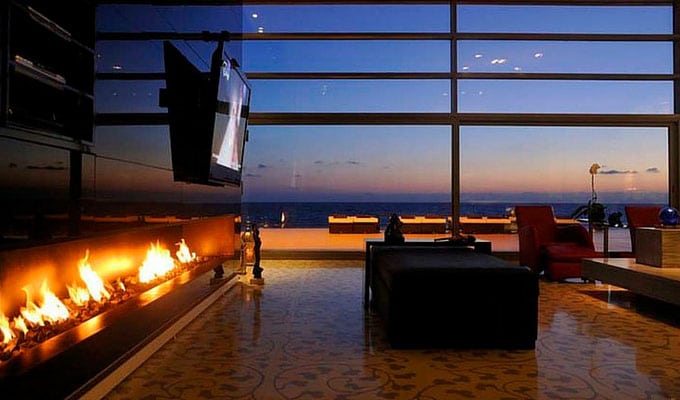 Still, is it mounted too high to watch it comfortably? The debate rages on.

13. THIS ONE’S AN ACCEPTABLE FIREPLACE COMPROMISE: 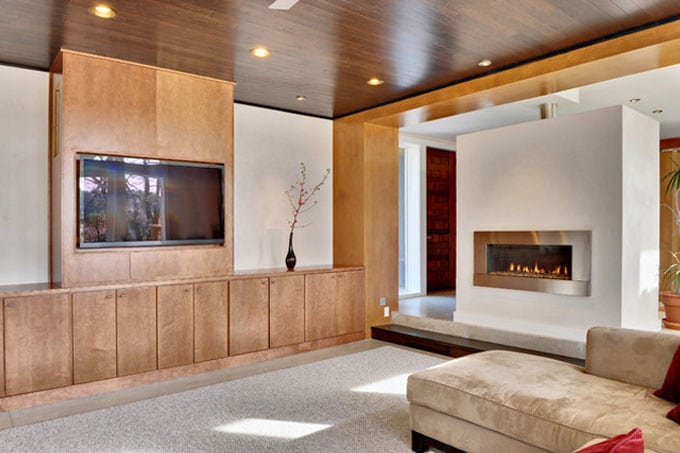 Okay, sure it’s technically not above the fireplace, but at least they’re in close proximity to one another. 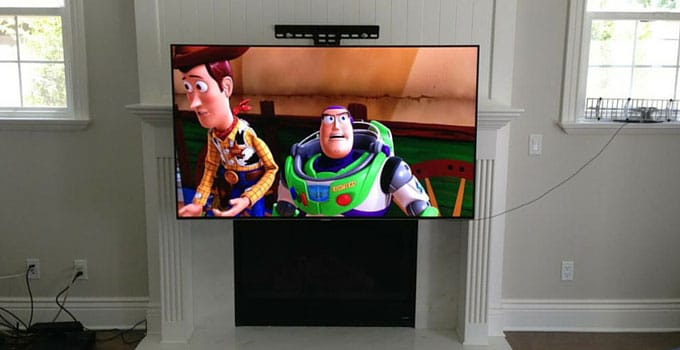 15. OR WHAT ABOUT MOUNTING IT INSIDE THE FIREPLACE? 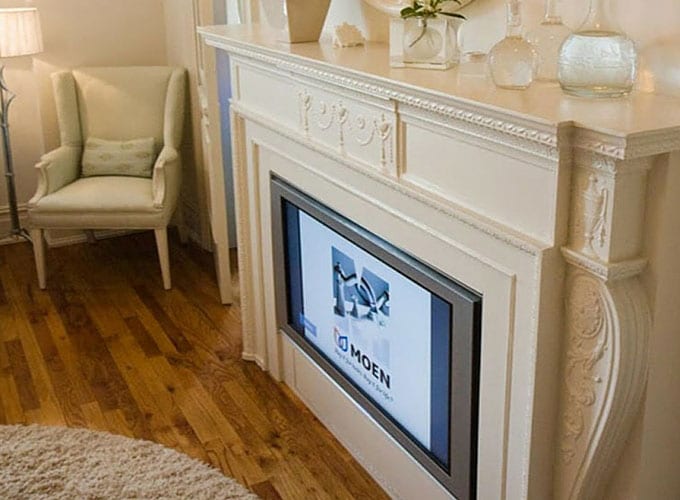 Turn on Fireplace for Your Home and just imagine the warmth! 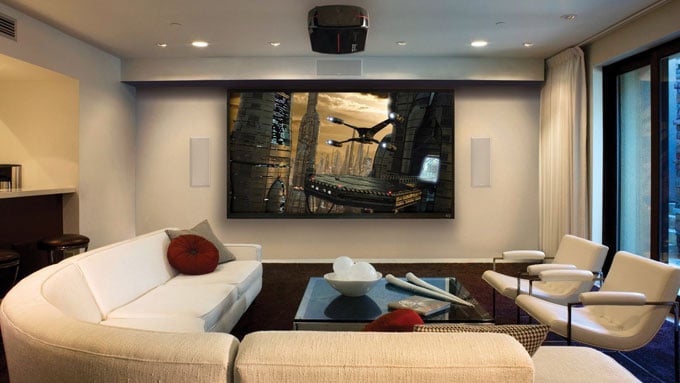 Ah, yes. No fireplaces in sight.

17. YOU CAN’T HAVE A MAN CAVE WITHOUT MOUNTED TVS: 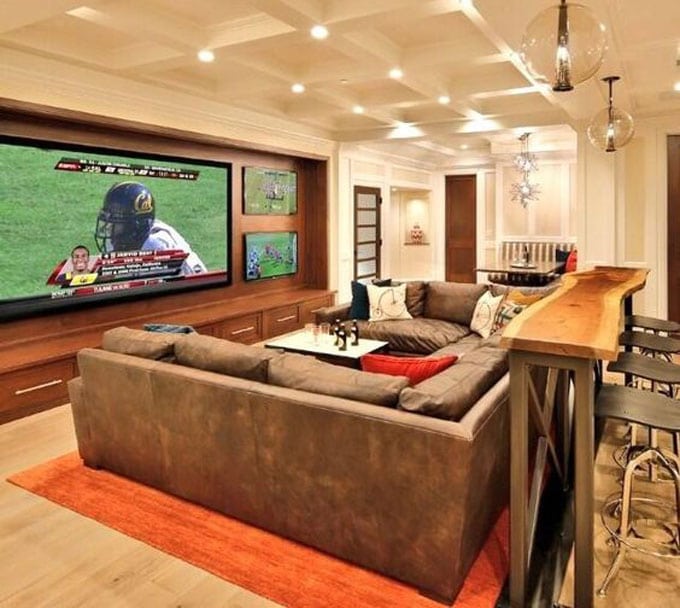 And nachos. Don’t forget the nachos.

18. IT’S SAFE TO SAY THAT THIS ONE’S IN ITS NATURAL HABITAT: 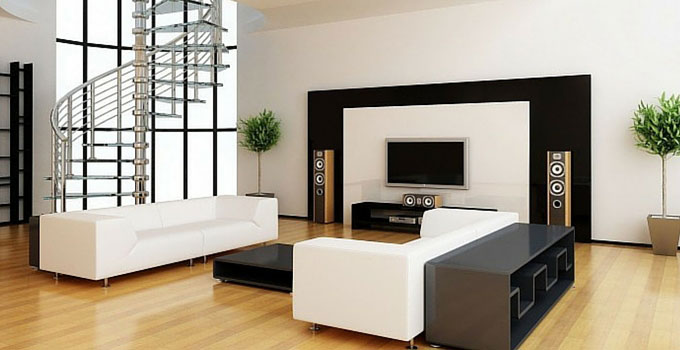 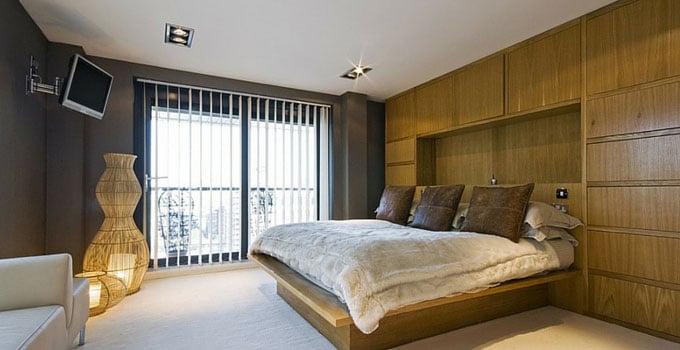 … except for you, if you decide to mount your TV like this.

20. FOR THE ULTIMATE WATCHING-TV-IN-BED EXPERIENCE:

Bonus perk: Burglars are going to have to work really hard to get it down.

21. THIS ONE MIGHT BE TOO FANCY FOR ITS OWN GOOD: 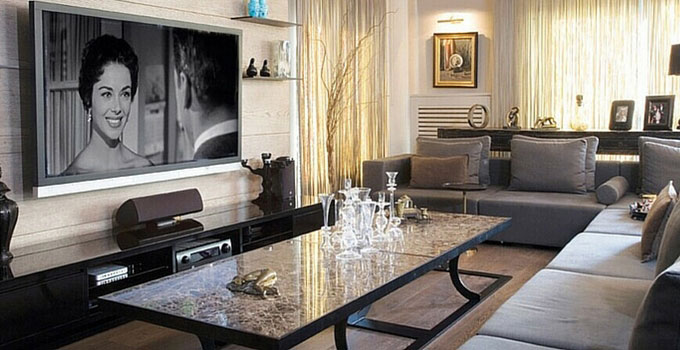 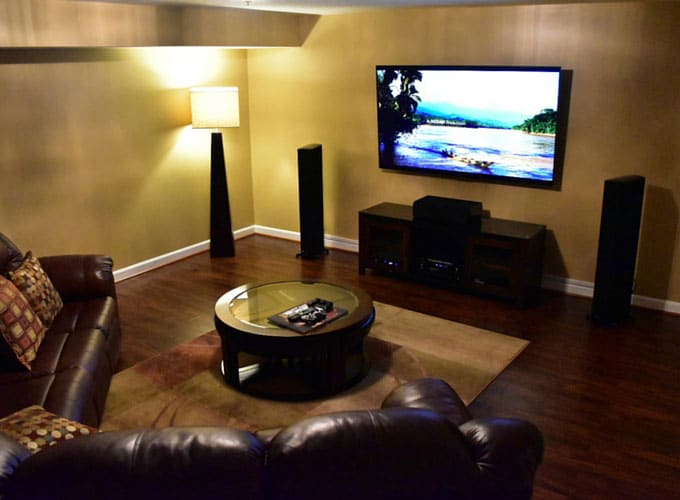 Simple. Straightforward. Warm. Hidden wires. We could go on, but you get the idea.