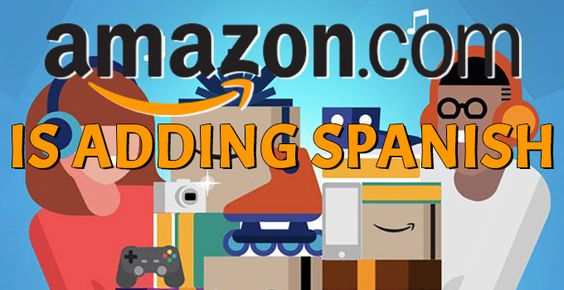 In a move to be more inclusive and appeal to the Spanish-speaking US market, Amazon is adding a Spanish language option to its main site, according to CNET. While international versions of the site have been available in Spanish, such as Amazon.com.mx (Mexico) and Amazon.es (Spain), this will be the first time Amazon has adjusted their US-based site to include another language in the company’s 20-year history.

“Customers will be able to shop, browse and search for millions of products, view their shopping cart, and place orders in Spanish on Amazon.com and through the Amazon Mobile Shopping app,” said an Amazon spokeswoman. “We will continue to roll out the shopping experience over the coming weeks. More and more customers should expect to see the option to shop Amazon.com in Spanish soon.”

There are more than 40 million Spanish speakers and more than 10 million bilingual English and Spanish speakers in the US, giving Amazon an edge over competitors like Walmart and eBay, whose websites remain English-only. Other international Amazon sites offer multiple languages, like Amazon.ca (Canada) that gives users the option to browse in French.

Amazon recently brought Prime to Mexico, and last year brought it to China and India, showing their commitment to both international and domestic growth. They have previously released Prime in Germany, the UK, Canada, Spain, Italy, France, Belgium, Austria and Japan.

Have you been looking forward to this change to Amazon’s site? Couldn’t care less? Let us know on Facebook and Twitter