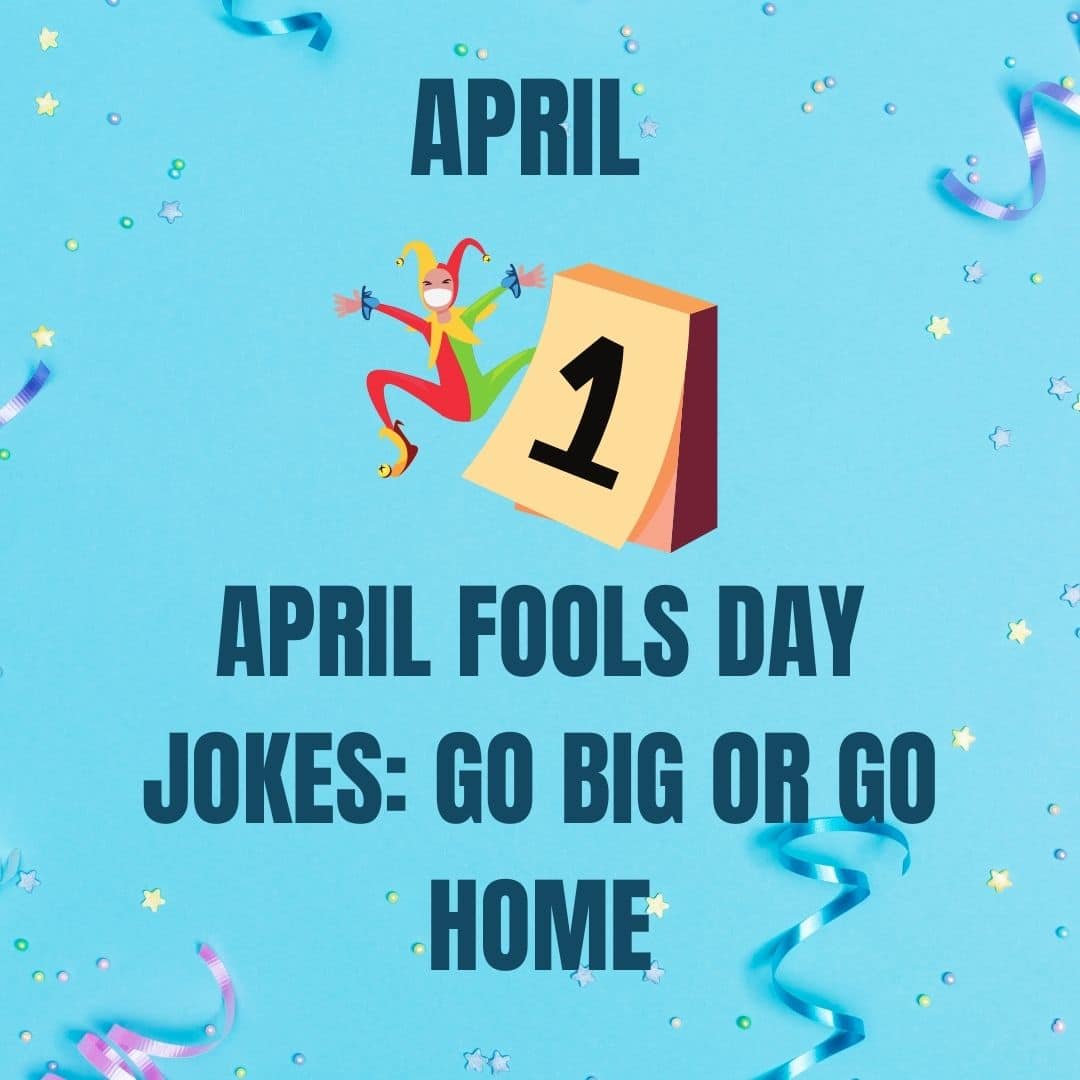 We are coming up on the ultimate prankster day of April Fools, and everyone likes to get in on the action, including the hard-working folks here. This article will showcase some of the best April Fools pranks of all time, along with other office shenanigans, and general pranks that you may want to use this April Fools Day.

THE JOKE HEARD AROUND THE WORLD

Pranking your kids or coworkers on April Fools day is feasible for most of us, but it is a skilled prankster who can figure out how to outwit multiple foreign countries.

On April Fool’s Day in 1905 news broke that $268,000,000 million in gold and silver had been pilfered from the U.S. Federal Treasury. The joke included elaborate schemes, government cover-ups, and daring getaways. But that isn’t the best part of this joke. The reporting here in the U.S. spread to Germany, which fell for it hook, line and sinker. From there it spread to throughout Europe, and some foreign reporting went as far as to create detailed illustrations that showed exactly how, and where it was done. So give a hand to Berliner Tageblatt for creating one of the most widespread April Fools Jokes of all time!

The reporting here in the U.S. spread to Germany, which fell for it hook, line, and sinker. From there it spread to throughout Europe. Some foreign reporting went as far as to create detailed illustrations that showed exactly how, and where it was done. Give a hand to Berliner Tageblatt for creating one of the most widespread April Fools Jokes of all time! 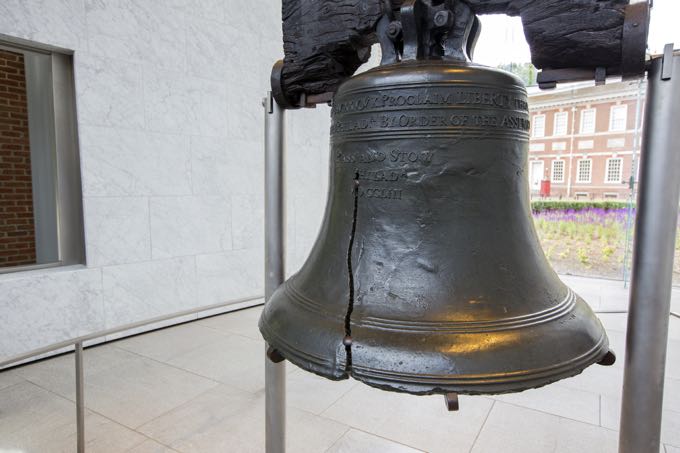 Here’s a prank to taco-bout!

In 1996 Taco Bell took out a full-page ad in six prominent newspapers in the U.S., followed by their own press release. In the ads and the release, Taco Bell proclaimed that to help reduce the national debt, they agreed to buy the Liberty Bell. They also stated that they would be changing it the name to the “Taco Liberty Bell.”

So many people fell for it, that phone lines were ringing off the hook. The volume of calls actually made the National Park Service hold a press conference to set the record straight. What did the White House think about it? They said they would be doing more deals like this, and were planning on selling the Lincoln Memorial to the Ford Motor Company, and would be renaming it the “Lincoln Mercury Memorial.” The US Government actually has a sense of humor, after all! 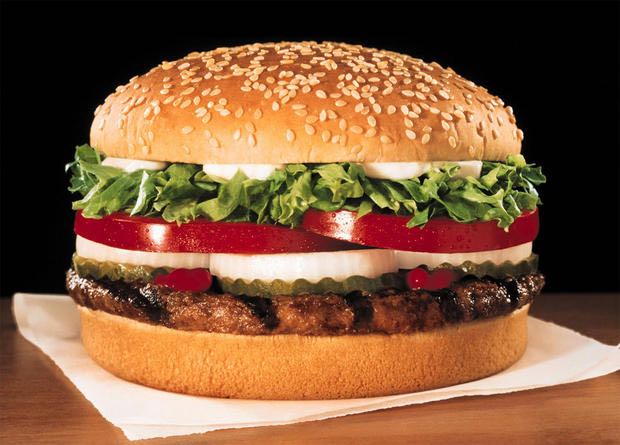 There have been countless studies on left handed people, suggesting they may be smarter, more creative, and better at processing information than right handed people. Perhaps scientists could use this next April Fools Day prank as a case study prove lefties are more gullible, too?

Not to be outdone by Taco Bell, in 1998 Burger King released the ultimate “have it your way” burger, announcing the left-handed Whopper. They claimed the condiments of the burger were shifted 180 degrees, making it ergonomically perfect for left-handed people. The joke was very successful. People waited in line order the left-handed Whopper and right-handed people also wanted to make sure they were got the correct Whopper. Congratulations are in order for taking the tried and true “left handed hammer” gag to a whole new level! 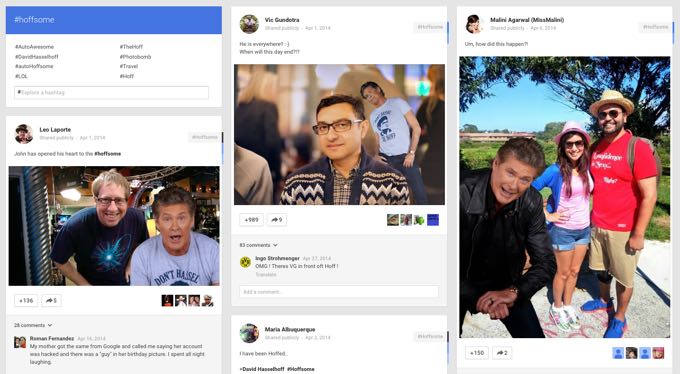 In 2014 Google’s April Fools prank was the Google+ Auto Awesome. Google said they were rolling out a new feature that would surprise you by randomly adding photobombing celebrities to the photos you uploaded to G+. To showcase Auto Awesome, on April Fools, anyone who added photos to G+ had a chance for a David Hasselhoff showing up in their photos. Users embraced the Hoff and shared their photos via the #hoffsome hashtag (which you can still see today). All in all, it was so popular that roughly 30 million photos were graced with the Hoff.

In 2013 Twitter said it would be rolling out a two-tiered service plan. The basic plan was dubbed “Twttr.” This is where the joke kicked in. The basic plan was hyped as a free “consonant only plan” that removed all vowels from your tweets. Twitter announced it by sending out the tweet “Trd th nw Twttr yt? Mr tm fr mr twts!” When you added the vowels back it, it read Tried the new Twttr yet? More time for more tweets. To help you with this, they even added a site that would convert your tweet to a Twttr format.

If you wanted the vowels back in your tweets, it would cause you $5 a month. They said they were doing this to not only diversify their revenue stream, but to get people talking in a more efficient form of communication. Thumbs up for Twitter getting our brains working by making them fill in the vowel blanks on tweets that day.