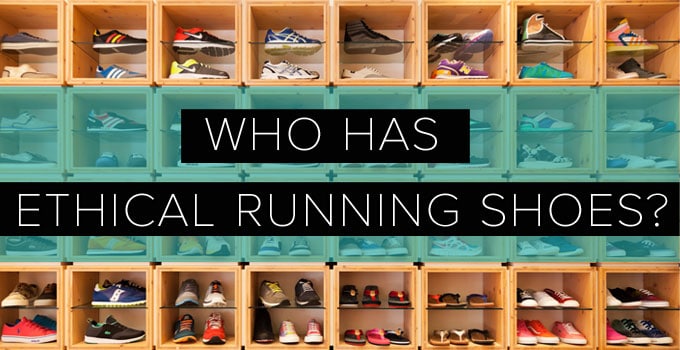 Ever wonder where you can find running shoes that are made with morals in mind? It can be difficult to discern what things like “sustainability” and “fair trade” mean to different companies since there isn’t really a single standard by which these concepts are measured. To help you sort through the data, we’ve compiled research on the most recently provided figures from some of the biggest athletic companies so you can shop with the environment and social consciousness in mind, all while finding the best, most comfortable shoe for you.

WHAT ARE “ETHICAL RUNNING SHOES?” 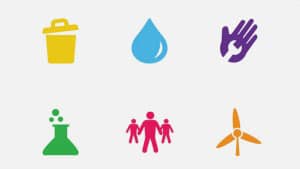 An “ethical” shoe is one that’s produced with little-to-no negative impact on the environment and the people tasked with manufacturing it. Examples of this include a shoe produced with low greenhouse gas emissions or a shoe made by employees being paid a living wage or, preferably, both.

HOW CAN WE MEASURE A COMPANY’S ETHICS?

A lot of companies measure themselves or are measured by others using the triple bottom line framework (TBL or 3BL), which uses three core metrics: environmental impact, social impact, and economic or financial impact. It’s pretty simplified and tends to ignore some of the more nuanced aspects of business ethics, but it serves as a basic system with which companies can measure and compare their production. To “succeed” at the framework, companies are expected to make positive environmental, social and financial impacts on the world and themselves (you can be green and humane, but if you’re not making money, you’re not meeting the TBL). Examples of each facet include lowering CO2 emissions, paying workers a living wage and hitting projected profit goals each quarter.

WHAT ETHICAL COMPANIES ARE OUT THERE?

Now that we know what makes an ethical shoe and how to gauge a company’s ethics, let’s take a look at some of the most popular running shoe companies and see how they measure up. 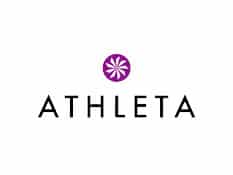 This Gap brand company has strong initiatives for both the environment and the welfare of their employees, addressing greenhouse gas emissions with an ambitious goal to reduce their emissions by 50% by the year 2020 and taking a step toward fair treatment of their Bangladeshi employees by setting a goal for 84% of their suppliers to have no red-rated (red being the rating that indicates standards far below their quality requirements) factories by 2018. Their site shows strong support for women’s rights and equal pay (being the first Fortune 500 company to disclose that they pay female and male employees equally). Athleta’s sustainability site is exceptionally positive, but it buries their history in a happier tone, not telling consumers their struggles, only their ambitious goals for sustainable change.

Gap/Athleta appears to be looking toward the future of our planet and its people, but what about its animals? Per Gap Inc.’s website:

Athleta, Banana Republic, Gap, and Old Navy are deeply committed to the ethical sourcing of our product, which includes the humane treatment of animals. We expect all suppliers to make our products in an ethical and responsible way. We require that our suppliers use only skins, down and feathers that come from animals bred for food. In addition:

If you were looking for a vegan shopping experience, you’ll have to go elsewhere, but Gap/Athleta is making steps toward animal welfare by cutting down on the amount of animals bred for apparel purposes. The company runs the #LetsDoMore social campaign, a movement that focuses on sustainability in all aspects of life and business, which is a great way to get involved with the company and let them know what you’d like to see.

A Wolverine brand company, Merrell supplies its customers with choice vegan athletic footwear and follows a simple code of ethics laid out by its parent company. They recycle, their headquarters is run on renewable energy, and they run third-party audits on their production partners instead of doing it themselves, removing bias from the analysis equation. Wolverine/Merrell provides a simple, succinct overview of their practices, although it doesn’t show growth or any progressive initiatives other than “we’re going to keep doing what we’re doing,” which is all well and good but makes me wonder if they could be doing more. The lack of transparency is stark when compared with the company’s competitors, but if you’re willing to trust Merrell on their word, their products are highly rated and an investment in the perpetuation of animal-friendly footwear.

Almost immediately on their sustainability page, PUMA addresses the triple bottom line framework with their “Forever Faster” transformation: “economic, social, and environmental.” They clearly focus on maintaining their company’s financial bottom line while also fielding responsibility for humane working conditions and environmental safety practices. In 2011, PUMA joined adidas and Nike (among other clothing companies) in a pledge to reduce hazardous chemical discharge to 0% by 2020, although, from combing through the road map document, I couldn’t find their progress towards this, only their progress toward finalizing their policy. Their Environmental Key Performance Indicators report showed regression, making excuses for increased C02 production (up 18.1% since 2013) and energy consumption (up 5.8% since 2010) due to “increased business activities.” Fortunately, they appear to be making strides in recycling and use of recycled material, with waste production decreasing by 43%.

On the human side of things, 100% of their contracted factories are audited (some yearly, some twice per year, and some every other year), and they must meet a minimum passing grade of 85%. Factories that do not meet this standard face moderate to severe penalties that can result in termination of business with PUMA. In 2014, they failed 35 suppliers and ended their business with them, carrying out 429 total audits assessing 366 facilities. Not only does the PUMA team measure code compliance, but both the Fair Labor Association and Better Work contribute to audits as external support.

PUMA obviously needs to get their energy use under control to get in line with their joint road map plan for 2020, and there was no information regarding animal welfare on their site or in their reports, but they are clearly committed to the humane treatment of their employees abroad in factories.

Infamous in the early 2000s for its “accidental” use of child labor in product production, Nike has recently taken strides to combat the image of sweatshops as shoe factories with their public ethics initiatives detailing their impact on the environment and the people making their products. They’ve set a goal of “zero discharge of hazardous chemicals by 2020,” and they publish an annual report detailing their progress and goals. Their reduction graphs show how much waste, water use, energy, and chemical use they’ve reduced over the years with slick percentages, and their report outlines their future goals: 20% CO2 emission reduction per unit through FY15 (currently 13%), 15% improvement in water efficiency (they’ve already surpassed this with a 23% improvement) and 10% waste reduction (diversion from landfills, recycling initiatives; they’re at 8.6%).

While Nike seems to be pushing their progressive values and practices, some of their figures feel empty, like the “1.01 million workers in contract factories globally.” It’s all well and good to employ over a million people, but with 785 contracted factories and only 68% of them scoring at least bronze level (on Nike’s personal scoring system, not a third-party’s), that’s still approximately (if we assume equal distribution of employees across all factories) at least 323,200 people working in sub-par conditions, not to mention none of Nike’s factories rate gold, and only one rates silver, with 77 rated “red” (the highest it’s been between fiscal years 2011-2019). While Nike is making progress, it clearly still has a long way to go to match some of the other companies in the ethical footwear game.

There’s no mention of Nike’s initiatives to help our furry friends. In the past, they’ve used cruelly harvested kangaroo skin, and they still seem to support the use of mulesed wool, which makes Nike a no-vegan zone. Look elsewhere for your animal-friendly footwear.

The ethics improvement plan detailed on The North Face’s website is extensive and detailed, providing figures on greenhouse gas emission (they missed their goal of 25% reduction by 2013 by 4%), waste reduction (86% of waste produced is being composted or recycled) and factory partnerships. They perform annual audits through their parent company, VF Corporation, the results of which are enforced by a team of IRCA (International Register of Certificated Auditors) Certified Compliance Specialists. These audits encompass prevention of forced labor, enforcement of women’s rights and wages, benefits and health concerns that employees face while working as contractors.

The North Face also runs pro-community initiatives like Outdoor Exploration (promotes kids and families getting outdoors). They focus on what they have done and are doing, not what they hope to do, showing fairly current numbers and promising to maintain their current sustainability growth model. No word yet on how far they are to their goal of 100% recycled polyester fabric (a goal supposed to be met in 2016), and there is little word on how much they’re doing to combat animal rights abuses in the clothing industry. The North Face has a strong track record of success in sustainability, but, as is the tune with the previous companies, could probably be doing more.

The adidas Group has been thinking green since at least 2008, launching the Green Company to enact their environmental initiatives. They’ve set targets for energy, water and paper consumption reduction, as well as carbon emission and waste reduction.

From the Green Company site, their goal is as stated:

Our Green Company vision is to become a zero-emission company by:

Reading their sustainability history, we can see that the adidas Group has made and met their many commitments to energy efficiency and waste reduction, being named third in the world for sustainability by the Corporate Knights, a media and investment advisory company. Last year, they partnered with Parley for the Oceans to raise awareness of the fragile ecosystem of our planet’s largest bodies of water. So far, so good, right? 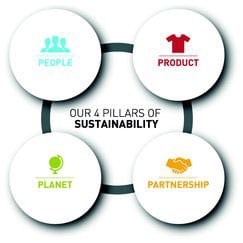 When it comes to the human elements, the adidas Group is slightly less detailed, using vaguer language to portray their commitments to human rights. On their Managing Sustainability page, they outline their standards and commitments over the next two years, but on their Supply Chain Approach page, the language becomes less actionable. “The adidas Group SEA team and commissioned third-party experts visit and audit the factories,” reads the plan’s initial paragraph, but there are no details on the third party experts with which they are working. Good performance is incentivized with rewards based on audit score, the rewards being increased supply orders (which makes more money for the factory, but not necessarily the workers). Non-compliance is punished with a three-strike process, with the third strike resulting in termination of the adidas Group’s partnership with the supplier. While these initiatives seem fairly similar to other companies’, the adidas Group has given their contract employees a smart new tool: text alerts. In Indonesian factories, workers can send SMS messages to hotlines to alert adidas of rights abuses (although the page to read more about this plan was not available). This is, however, contingent on these workers having a smartphone or being able to access a smartphone from where they live or work. There are no available figures on this program’s effectiveness.

While the adidas Group scores well with green corporate watchdog groups, it doesn’t appear to hold such high esteem with animal rights organizations. Nowhere on the adidas sustainability site shows their commitment to moving away from animal products, although presumably their discontinued use of harmful chemicals and reduced waste will help our furry and feathered friends who are still free in the wild, even if their domesticated counterparts are still being used to cover our feet.

DO YOU FEEL GREEN, YET?

If none of these companies seem perfect, that’s because they aren’t, but they are trying. Don’t ever feel like change won’t happen because these corporate giants are showing that they can and are willing to reform their practices. Get involved in corporate activism and hold these companies and others accountable for their successes and failures, and support the companies you find best align with your moral compass.