The savvy homemaker has been using coupons for decades. Traditionally, this was usually the woman’s domain and she prided herself on using coupons to stretch the household budget and even save on higher priced items like home appliances and family vacations. Of course, men also use coupons extensively today, but statistically, women still use them more. 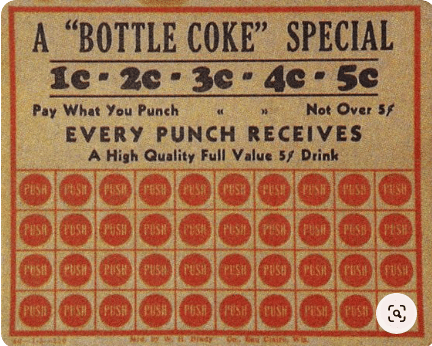 The first coupon ever produced was in 1894

for a free glass of Coca-Cola when this product was first being introduced to the public. After seeing the success of this marketing plan, C.W. Post offered a one cent coupon for the newly created “Grapenuts” product just one year later. By the time the Great Depression hit in 1929 and continued on through the 1930s, the concept of distributing and using coupons had become widespread.

As consumers were coming out of the Great Depression Era in the early 1940s, local grocery stores were being replaced by supermarket chains. These modern stores used coupons in the form of weekly fliers to keep customers coming back every week and to draw new customers away from their competitors. A fierce competition between supermarkets ensued and the coupon deals became increasingly better. By the year 1965, it is estimated that approximately sixty percent of all Americans used coupons! Coupons had become part of everyday life in the United States. 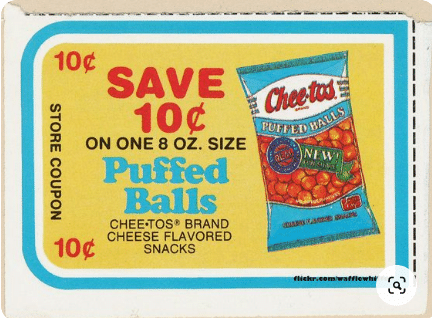 By the 1980s, more than fifty percent of all Sunday papers were purchased primarily to view the sales ads and clip coupons! People made millions of dollars designing and selling coupon organizers. Coupon books also became a popular way for school groups and non-profit organizations to fundraise. The group organizers would ask businesses to offer a special discount or a freebie and then they would collate these offers into a book that they would then sell at a pure profit, minus the printing costs.

People have a real passion for saving money

and coupons seem to appeal to this basic instinct. This is probably why The Learning Channel’s popular TV show, “Extreme Couponing,” draws more than two million viewers for each episode! Even those of us who don’t go to quite that extreme with coupons love to get a good deal. It becomes sort of a game to play with your friends and family on who can get the best deal… and who can land the deal of a century! Friends and co-workers share coupons and trade coupons. It is considered a gesture of good will to see a coupon that reminds you of someone and clip it for them.

the internet revolutionized the way people browse coupons and collect coupons. According to Google Inc, the search for coupons online using their popular search engine doubled in 2009. Internet marketers and business owners jumped on this trend immediately and there was an explosion of printable coupons offered over the next year.

to be easily stored on a smartphone has very significantly increased internet coupon activity. According to eMarketer, the percentage of smartphone users who used their smartphones for coupons rose from 7.4 million in 2010 to a whopping 47.1 million in 2020. Furthermore, this trend is continuing upward with no end in sight!

Many businesses, both large and small, have noticed how well consumers respond to internet based coupons, especially digital coupons that can be downloaded to a smartphone or where the coupon codes can be entered into an online order form. Some businesses use these as a way to get a burst of sales from brand new customers, and in doing so, add them to their mailing list. Other businesses send special “thank you” coupons to existing customers to encourage customer loyalty and obtain backend sales.

From a consumer perspective, online coupons offer many other advantages too. Instead of thumbing through a newspaper, magazine, or sales flyer hoping to find something that will appeal to them, they can actually search for a coupon on a specific product, store, or brand. For example, if they are meeting a friend for lunch at the Olive Garden, they can specifically search for an Olive Garden coupon. If they are about to run out of their favorite brand of cereal, they can search for a coupon for that specific brand of cereal. Thus, the internet provides a great amount of customization when using coupons that was never available before.

Coupons are being delivered in increasingly sophisticated ways as well. Some stores now offer the customer the opportunity to scan the bar code on a product to see if a coupon is available for them. This, of course can be customized even more over time once the program learns the buying habits and preferences of the individual. Chain stores have invested millions of dollars into designing these types of programs.

Coupons that can be downloaded to a smartphone

have largely solved the biggest hurdle to online printable coupons too: not everyone has a printer! However, businesses have also found other ways around this issue with printable coupons. For example, many businesses will allow their customers to write down the coupon codes and bring these into the store for the exact same discount as those that print the coupon out. Of course, this is a bit of a hassle for both the customer and the business owner, another issue the smartphone coupon apps eliminate.

It may seem counterintuitive at first but coupon users, especially those that use them on a regular basis, are skewed more toward the higher income brackets. In other words, the more money you make, the more likely you are to use coupons! According to the Nielsen Company, nineteen percent of all coupon users included those individuals making more than $100,000 per year. Moreover, more than fifty percent of the super heavy coupon users made more than $50,000 per year!

Borrell Associates, a company that works with more than seven hundred companies to increase internet sales, reports that coupons on cell phones have a tenfold redemption rate over traditional print coupons! This provides a powerful incentive for businesses to jump on the cell phone coupon bandwagon! This is almost certainly where the trend is headed in the next few years since businesses always respond when the customer demand is so huge. Thus, it looks like coupons are here to stay for a long time to come, only they have been transformed into a different format to fit modern technology and user habits.