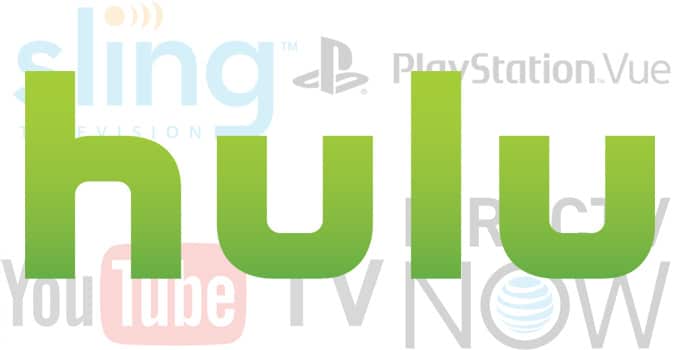 Hulu promised to launch a live TV streaming service this spring, and the streaming service provider remained true to its word. Wednesday during its annual Upfront presentation, Hulu announced the launch of Hulu with Live TV. For $39.99 a month, viewers can now subscribe to more than 50 live sports, news, entertainment and children’s channels, which includes Hulu’s existing on-demand content. This also includes 50 hours of recording storage, up to six profiles and two simultaneous streams. Options to upgrade storage and in-home screens are also available.

Here’s the channel lineup for Hulu with Live TV.

The service is still in beta, and there are few things you should know before jumping to subscribe. Most importantly is that it isn’t available on all devices. As of right now, Hulu with Live TV is only available on Apple TV (4th generation), Xbox One, Google Chromecast, and iOS and Android mobile devices. That means Roku, Amazon Fire TV, Amazon Fire TV Stick and Samsung Smart TV users will have to wait to get live TV through Hulu, as the streaming service provider says those devices will be supported “soon.” Also, if you’re used to the “No Commercials” plan for your on-demand viewing, you’ll have to cough up an extra $4 a month because the live TV upgrade defaults to the $7.99 version, which includes commercials. If you want to fast forward through commercials in shows you’ve recorded, you’ll have to upgrade to the Enhanced Cloud DVR for $14.99 a month.

If you decide to upgrade to Hulu’s live TV service, there are four premium add-ons you can purchase:

TechCrunch offers a nice walk-through of the service, including Hulu’s new user interface, which is automatically included in the Live TV subscription and, for those who don’t upgrade to live TV, is currently only available for Xbox One, Apple TV (4th generation) and Android mobile devices (so not even iOS and Chromecast users get the new interface just yet).

Hulu isn’t your only option for live TV streaming services, however. There are a few more out there, so you should do your research before making the upgrade. Make sure you keep your individual needs in mind, like how many devices/screens you need, what channels you want, what devices you use, etc. These are a few of the more popular options you should take a look at:

Simultaneous Streaming: 5 devices, but only one PS4 or PS3 at once and three mobile devices at once

CNET put together a channel comparison for Hulu, Sling TV, DirecTV Now, PlayStation Vue and YouTube TV, including the subscription level the channels are included in. Make sure you check it out before deciding which service to go with so you’re sure you’re getting the channels you actually want.

Ready to cut the cord and start streaming? Make sure you check out our electronics and computer deals for savings on streaming devices, mobile devices, smart TVs and more.