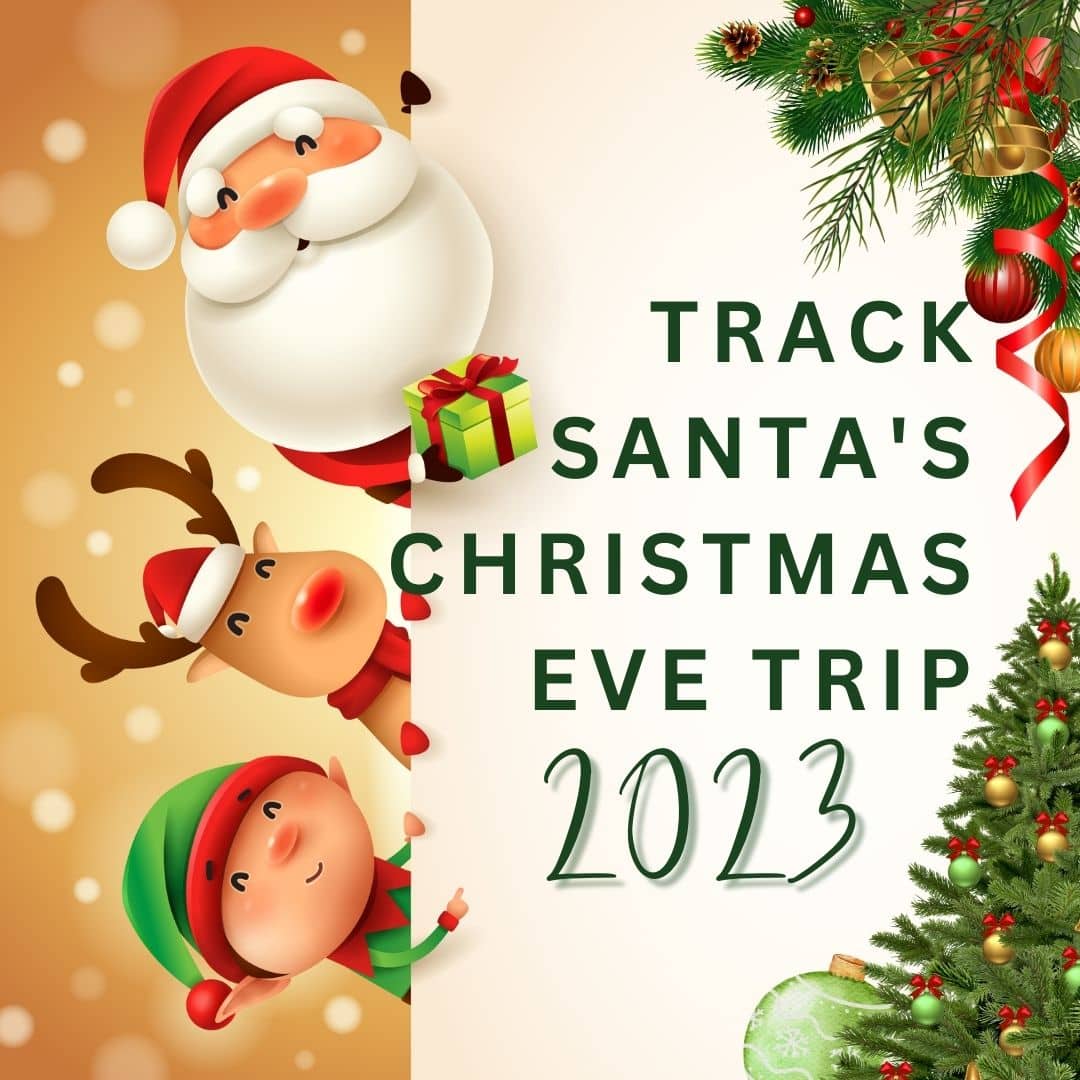 My dad was a commercial airline pilot. We celebrated many Christmases when he was on a trip. While we were sad he was gone, we were always excited to have him call home and tell us if he’d seen Santa’s sleigh! His stories entertained us year after year, and when we were grown, his tales of Santa encounters have continued to keep the grandkids spellbound.

My dad’s now retired from the airline, but we can still get updates on where in the world Santa Claus is, thanks to NORAD and Google! (NORAD stands for the North American Aerospace Defense Command, and they track Santa’s flight yearly.)

It’s our family tradition to track Santa’s flight on their website all day on Christmas Eve to see which countries Santa’s visiting. It’s a great incentive to get the kids to bed since they know he won’t come until they’re asleep! 🙂

Download the NORAD or Google Santa Tracker app today and see where Santa’s been and where he’s going next!

Every year around this time, Google brings a little Christmas magic to your screens with the Santa Tracker! For decades now, children worldwide have been following Saint Nick’s progress as he delivers presents on December 24th to predict his arrival time. This year, the Santa Tracker is more jam-packed than ever; you can explore particular holiday villages, play festive mini-games, and test your skills with crafty coding puzzles. It’s not just fun and games; you can also learn about different cultures’ holiday customs and track Father Christmas’ progress on its dashboard! So whether you’re 5 or 55 years old, kick off the festivities this holiday season with Google’s Santa Tracker.

Have you ever wondered how Santa calls his deliveries in such a short period? Thanks to the North American Aerospace Defense Command (NORAD), we can follow along with every one of Santa’s stops. NORAD’s Santa Tracker utilizes advanced radar and sensor systems that monitor the exact location of Santa on Christmas Eve. It’s almost like an enhanced version of Santa’s list. Tracking Santa has been a tradition since 1955, and millions of children eagerly wait each year for updates on the jolly old St. Nick. Now you can join in on the fun with NORAD’s online maps and social media accounts!