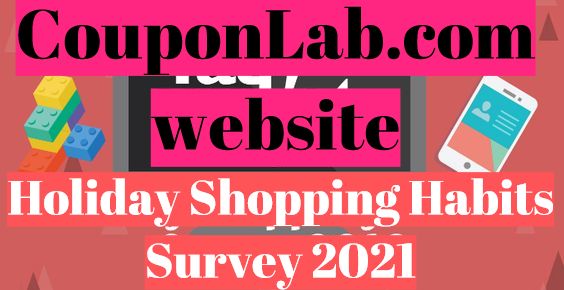 The holiday season is right around the corner, and with it comes the biggest shopping season of the year: Black Friday. For our big Birthday Bash week, we ran a poll for giveaway entrants to voice their opinions on their holiday shopping habits and what they’re looking forward to buying this year. Couponlab members are some of the savviest, most frugal shoppers out there, so we definitely wanted to pick their brains on what new and trending products are at the top of their gift lists. We received 3,155 responses*, and we’re here to share the results with you.

80% SAY PRICES WILL BE SAME OR LOWER

SHOPPERS SKIPPING BLACK FRIDAY CROWDS; SHOP BEFORE OR AFTER INSTEAD

MAJORITY OF CONSUMERS SAY NO TO STORES OPENING ON THANKSGIVING

When asked whether Black Friday or Cyber Monday should be designated national holidays, one-fifth said both Black Friday and Cyber Monday should be holidays. 67% say neither, which is up from last year’s 56%. In a follow-up question, it was discovered that 60% of people do not like it when stores open on Thanksgiving, which is up nearly 50% from last year’s survey, when only 42% of shoppers said they didn’t like it when stores opened on turkey day. Going against the grain once more, 52% of millennials say they don’t mind stores opening on Thanksgiving, while every other generation’s response was a majority against this option.

When asked what they planned to buy this holiday season, nearly a quarter of the men surveyed said they plan to buy a 4K TV. BFAds’ predicts (Couponlab’s sister site) double the 4K deals this Black Friday (last year they saw 29 50-in. 4K deals under $500), and the 9% of folks looking to buy an Amazon Echo will be happy to hear that BFAds expects to see them on sale or bundled with other products. BFAds also predicts great deals on iPhone 7 activations this holiday, which bodes well for the 15% of people who say they’ll be buying one. Interestingly, of those buying iPhone 7s, only 29% say they’re interested in buying wireless headphones or earbuds, as well, further cutting down Apple’s desire to sell their gimmicky “Airpods.”

See the full results of the survey below:

Q: What best describes your holiday shopping expectations this year?

Q: When do you do the majority of your holiday shopping?

Q: Should Black Friday or Cyber Monday be designated as a national holiday?

Q: What do you think about retailers opening on Thanksgiving?

Q: Do you plan to buy any of these new products this holiday? (answer all that apply)

Note: *With the help of SurveyMonkey’s platform, we conducted this survey ourselves online, open to all Couponlab members, and received 3,155 responses from adults aged 18 or older.

Swap.com Haul + Exclusive Deal & Giveaway!
Sephora 10% off 20% off Sephora Codes
How to Save Money on EpiPen
The Experts Pick the Best Running Shoes of All Time
9 Best Wii U Games for Family Fun
Home Depot $50 off $250 Coupon
Keep Your Coffee Cozy This Autumn, Too
RUE21 IS CLOSING 400 STORES NATIONWIDE
All Coupons
Recent Posts