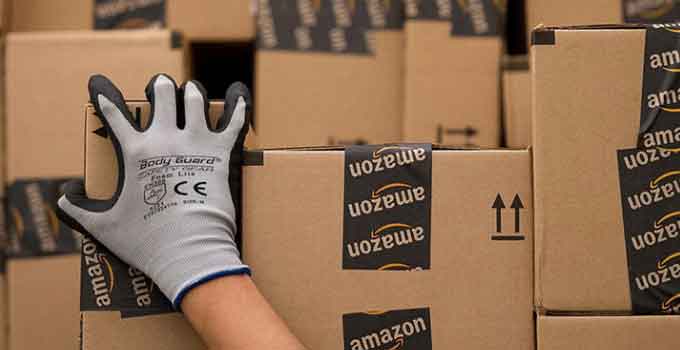 Black Friday starts early this year for Amazon shoppers. Amazon announced today that their holiday deals will start on Friday on the online retailer’s Black Friday landing page, where new deals will be added as often as every five minutes for eight consecutive days. Shoppers should watch that landing page for limited-time Lightning Deals that will strike throughout the eight-day sales event. Amazon Prime members get added benefits, including 30 minutes early access to the majority of these Lightning Deals and free two-hour delivery in 20 metro areas when using the Prime Now mobile app, so now’s a good time to sign up for Amazon Prime if you aren’t a member yet.

Starting at midnight on Thanksgiving, customers will have access to 10 Deals of the Day, with 10 more on Black Friday. New this year, Amazon is introducing more than 150 hand-picked Lightning Deals on everything from electronics to kitchen gadgets that will be released daily from 3-11 p.m. PST starting on Thanksgiving through Wednesday, Dec. 9. These special Lightening Deals will be available through the Amazon Mobile Shopping app available on Android, iOS and Fire OS and the “App Only Deals” tab on the website. amazon promo code 20 off

This year, it’ll be easier than ever to snag the deals you’re looking for with Amazon’s new “Watch a Deal” feature, which allows shoppers to get notifications on their mobile devices when deals they’re watching go live.

“Customers can truly sit back and relax with their family and friends this holiday season knowing that they will be notified as soon as the products they’ve had their eye on are about to go on sale,” said Steve Shure, vice president of Amazon Consumer Marketing. “Year after year, more and more customers shop for deals on Amazon from the comfort of their own home, and we continue to make that process even more convenient for them. And with App Only Deals, customers will have plenty of options when it comes to scoring great deals from Amazon.”