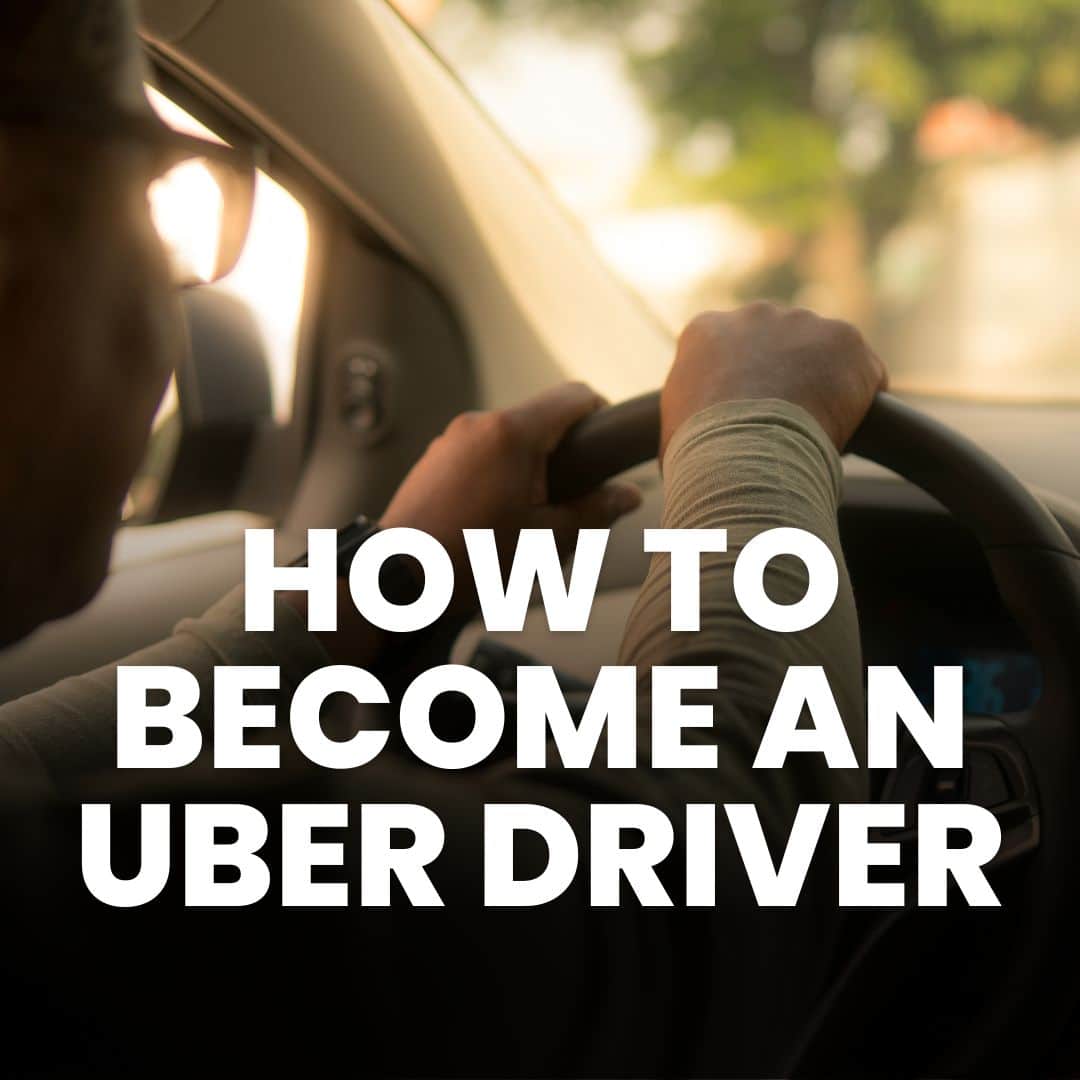 HOW TO BECOME AN UBER DRIVER

I looked into becoming an Uber driver last January when I faced about four months off from my main job. I had used Uber several times and found it fascinating how great the system worked for me as a passenger. I researched online and looked for what Uber drivers had to say about their work experiences. I gave Uber driving a fair shot, and it was exactly what I needed to do to earn some extra money in my time off.

First, you must be 21 and own a four-door car to be an Uber driver. Here’s what you’ll need to apply:

Once you upload your application materials, Uber runs a criminal background check because I assume they don’t prove people with bad driving records or other criminal issues. I started the online application on a Monday and was notified by email three days later that I had met the Uber driver requirements and could start working immediately. No phone calls with an Uber representative, no interview, and just back-and-forth emails. Surprisingly simple.

HOW PASSENGERS FIND YOU

Once approved to be an active Uber driver, you download the “Uber – driver” app directly from Google Play or the Apple app store and upload a picture of yourself for passengers to see when they request an Uber ride.

You’re free to work when you want and as frequently as you like. That’s part of the beauty of being an Uber driver; you just open the app when you’re ready to work, go “online” with the system by tapping the “go online” button and wait for a ride request. Uber determines your location by GPS. When you’re an “online” driver, Uber knows exactly where you are, where you’ve been, etc. The electric eye in the sky.

GETTING YOUR FIRST RIDE REQUEST

Getting your first ride request can be somewhat stressful because you’re unfamiliar with how the system functions. But be patient, remain calm, and, in time, operating the driver app becomes second nature. Here’s how it works:

*Most passenger accounts have a 4-5 star rating. That assures you that the person has a reputation for being a good passenger. It would help if you used your assumptions on their star rating to determine whether to accept or deny the ride request. The passenger star rating works much like how a passenger rates a driver. At the end of the trip, the driver rates the passenger. 90% of my passengers were excellent—even the goofy, somewhat mouthy, intoxicated passengers.

Ride requests come to you based on your proximity to the passenger’s pick-up location. If another driver is closer, that driver gets the ride request. The furthest I’ve had to drive to pick up a passenger is 15 minutes from my current location. So, if a passenger is in an area where Uber drivers are further than 15 minutes away, it notifies them that there are no Uber drivers available. This benefits the driver because it’s frustrating to drive further than 15 minutes away from your current location to take a passenger on a five-minute ride. Then you’re typically stuck in an area where you’re not close to any potential Uber passengers, which forces you to drive back to a busier zone, burning gas and time.

When you accept the ride request, your chosen GPS app launches, and you’re on your way to pick them up. You can call or text the passenger, and they can do the same for you. Actual phone numbers aren’t used to retain privacy for you both. The Uber system creates the phone number you or they use, but texts and calls function as if you or they are using your actual numbers.

Once you pick up the passenger and get their destination, you press the “start trip” button. That’s like a cabbie starting his meter. Uber recorded the duration and distance traveled, and I used my phone to run the Uber driver app and Google Maps for GPS directions.

If the passenger wants to tell you where to go with verbal turn-by-turn directions, that’s perfectly acceptable, too. Once you “start the trip,” the timer is running. Who cares if they insist on taking a route that they prefer and is longer than what the GPS calculates? You get paid more with a more extended trip, and they are satisfied with themselves and their own — in your opinion — poor navigation skills.

Once you reach their destination and they exit the car, you press the “end trip” button. A fare amount is quickly calculated and displayed on the screen, and you enter their star rating. You are immediately available for another ride request. If you need a break, tap the “go offline” button and do your own thing until you’re ready for another ride request.

YOUR COSTS VS. UBER’S COSTS

You, as a driver, pay for all operating costs of your vehicle, including fuel, insurance, maintenance, car washes, etc. Energy can be expensive, but like any business, you have to spend money to make money. If you work enough, fuel expenses are a fraction of your take-home pay.

When transporting a passenger, you are insured by Uber. You are covered by your personal insurance only when you don’t have a passenger, even if you are online and available for rides.

All highway tolls are charged to the passenger in addition to the fare for the ride.

Uber’s system calculates how far you travel and the trip duration. Drivers do not determine the fare, so the passenger has no arguments over the cost. If a passenger isn’t happy, they must contact Uber customer service. However, Uber is almost always quite a bit cheaper than a cab. For example, I frequently travel for my main job. A taxi to the airport from my home is around $50, and Uber typically costs about $38.

Uber keeps track of your weekly fare totals, and you get paid once a week through direct deposit from Uber. Uber takes 20 percent, and you get 80 percent.

Drivers work as independent contractors under 1099, meaning taxes aren’t taken out of your weekly pay. You are responsible for keeping track of everything tax-related.

Uber emails drivers tips on where and when to work to maximize their earnings. The bottom line is you get out of it what you put in. If you’re like me and are just looking for a little extra money, work at your own pace. I was an online driver for around 20-25 hours per week and would consistently take home $200 a week. Every driver will have an additional income. Sometimes it’s busy. Sometimes you’re sitting in your car at a gas station for 30 minutes, waiting for a ride request, scrolling through your Facebook news feed, and sipping soda pop.

HOW TO KEEP WORK COMING

Uber drivers must maintain a high star rating with minimal complaints to stay active. It’s cut and dry. If you don’t meet Uber’s high standards, they will not hesitate to deactivate your ability to go online and work.

Tips on maintaining a good star rating as a driver are a common sense. You have to think about what you like when you are a passenger:

Be that kind of driver, and you will have happy passengers who give you consistent five-star ratings. It’s sink or swim.

Although I’m no longer an Uber driver, I would do it again if needed. It’s a very modern, tech-driven way to make money.

HBO Max Student Discount
These Smart Home Solutions Will Help You Save Big
It’s Time to Spring for Sensational Winter Clearance Savings!
To Cyber Monday and Beyond!
How to Reduce Your Cell Phone Bill
Walmart’s Giving Everyone Free 2-Day Shipping
How to Plan Party on a Budget
Galentine’s Day Style + DIY Self-Love Kit
All Coupons
Recent Posts
Categories