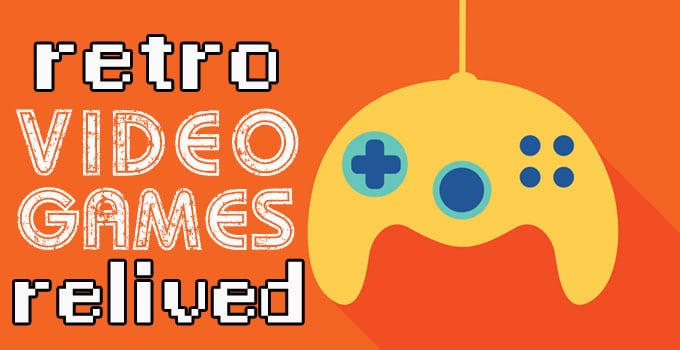 we take our video games (and console preferences) pretty seriously. But PS4 versus Xbox is an argument for another day because there is one thing we can all agree on: retro video games from our childhood.

Some of us were Sega kids; some of us were strictly NES (and don’t get us started on those kids who had every console ever made.) No matter the game, we all spent hours after school, on weekends and every spare minute before bedtime playing.

HERE ARE A FEW OF OUR ALL-TIME FAVORITE RETRO VIDEO GAMES: 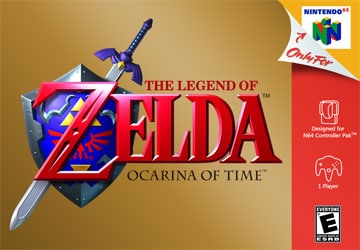 Alicia: The first video game I truly remember playing was “The Legend of Zelda: Ocarina of Time.” I became obsessed with wandering through this village as a stranger. I met new people and was a villain, a brave adventurer and a scared kid navigating this fantastic game. It was an escape from the awkwardness and transitional period of my life. As Link, you grow as a character from a forest kid into a fully developed hero. You are a nobody who is able to save Princess Zelda, and I was able to help others in a point in my life where I needed a lot of guidance and help for myself. I had a real life Ganondorf, who is the villain of this game, and being able to work through my thoughts and emotions gave me a lot of confidence to face my bullies. The lessons that “Ocarina of Time” taught me really helped to prepare me into young adulthood. Fear, patience and the unknown aren’t terrible; these feelings prepare you to be ready for anything to come your way. Plus, if you can deal with Navi for hours, you are set to be one of the most patient people ever. 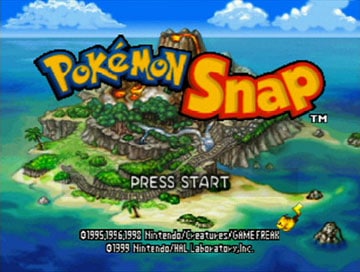 Jes: I was a serious Pokémon kid (not that that’s really changed), so when “Pokémon Snap” came out in the U.S., I was all over that shit like a Pikachu on a Poke Puff. I can honestly say I’ve played this game through at least 25 times, and there is still nothing like the satisfaction of catching Mew in the perfect pose after hours of pester ball tossing on the Rainbow Cloud. My one regret is not successfully persuading my mom to take me to Blockbuster to get stickers printed of my Poke-professional photography, so I can only hope for a modern reboot that lets me tweet my masterpieces.

Joe: One of my favorite things to do when I was a kid was to go over to my grandparents’ house and play video games with my 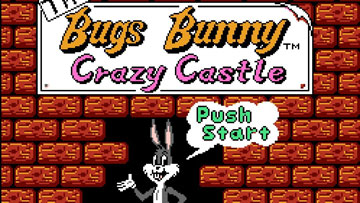 cousins. We had a Nintendo and a Super Nintendo and would spend hours and hours playing great games like “Zombies Ate My Neighbors” and “Mega Man.” But I think my favorite game was “The Bugs Bunny Crazy Castle.” Man, was this game addictive! Although it had a rather simple premise, navigating its levels to retrieve all of the carrots without getting caught turned out to be a rather tricky task. One of the things I loved most about the game was the fact that it seemed to have an infinite amount of levels. I don’t think I ever reached the end of it, and to this day, I wonder if there even was an end to it! I probably could’ve kept playing this game forever if I hadn’t had to leave my grandparents’ house to go home. 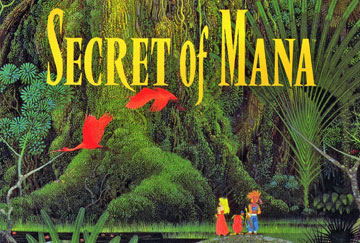 Mika: My absolute favorite video game growing up was “The Secret of Mana” on Super NES. The big bro and I spent countless hours teaming up on that game. I played the boy, who I named Johnny (the game let you name the characters), and my brother played the pixie, though I can’t remember what he named her. What I remember enjoying the most about that game is how powerful I felt wielding that sword. As you leveled up in the game, you gained power attacks, one of which reminded me of Chun Li’s lightning kick, only with a sword. When bad guys and big bosses came around, I could charge that baby up and hack away at the enemies – chachachachaaaaa! Although, to be completely honest, it’s been like 20 years since I’ve played that game, so I could be misremembering exactly how those power attacks went. Either way, gameplay was easy enough for a less skilled player like me to manage, so I lasted all the way through to the end of the game, which is the first and only time I’ve ever played a video game to completion.

Sam: There was nothing more exciting to me than when my dad would let me stay up late and play “Sonic The Hedgehog” for Sega Genesis. As an 8-year-old, this was the big time. I clearly remember learning about cheat codes and copying down as many as I could in the back of gaming magazines, but I never could beat the damn Labyrinth Zone without my dad’s help. Just thinking about that rising water makes my heart race all over again. (Remember how sweaty your palms would get, and you’d have to press pause to wipe them on your pants?) Sure, Robotnik made for a fairly tame villian, but you have to admit, it was basically the most epic boss music ever.