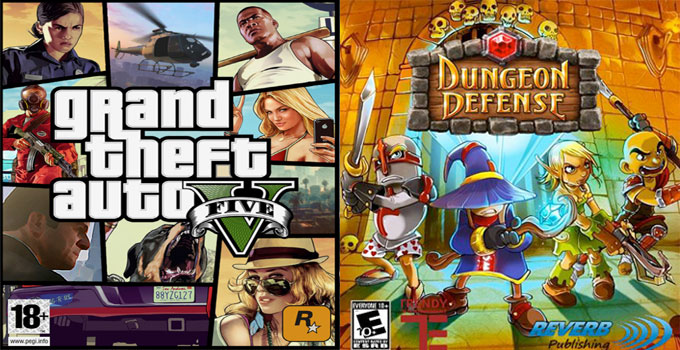 You know those tiny E’s or R’s you see in the corner of video game boxes? Well, those are actually ratings similar to movie ratings. The letters were created and are assigned by an agency called the Entertainment Software Rating Board (ESRB). The ESRB was created in 1994, and its mission is to provide consumers, especially parents, unbiased and objective information about the content in games, apps and software of all types.

These ratings are especially useful for parents because parents they tend to know a lot less about video games than their child does. The child may have done his or her own research, heard about it from a friend or even played it before, perhaps via a demo or friend’s copy.

While parents may be able to infer some information about a game simply from its name or cover, such as for “Grand Theft Auto,” there may be situations where it is less obvious. Take, for example, a game called “Dungeon Defenders.”

Does this game have violence? Does this game contain any sex or sexually explicit content? Hard to know just from the name. The cartoons on the front and back won’t give you much information either. That is where the ESRB comes in.
The ESRB provides three pieces of information: the rating, the content descriptors, and the interactive elements. We will go through the ratings, what they mean and give you an example game for each. We will also touch on the other information, but they are mostly self-explanatory. For example, when the game lists that there is “blood” it means, well, that there is blood.

This rating means that the game is intended for young children. Generally this means younger than 10, but since skills between a 10 and one-year-old can vary wildly, it is on the parent to determine when they feel comfortable exposing their kids to video games and whether this game is appropriate for them. Games with the EC rating are likely to contain zero violence or sexual content of any kind or even suggestions of these themes.

A great example of this type of game is “Sesame Street: Elmo’s Musical Monsterpiece.” As you can tell from the title, this is a game based on the wildly popular children’s TV program, which is mainly a collection of education activities in a game like a format. 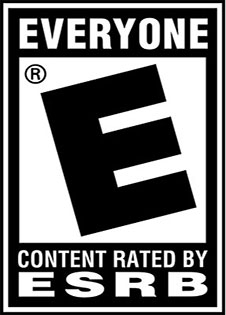 The “Everyone” rating is one of the most common, and you will see this on many game and apps. This rating means that the piece of software is suitable for pretty much anyone who is not a very young child. The game may contain a minimal amount of cartoon or fantasy violence, some mild language and possibly some suggestive themes. This rating is very broad, so parents should also look at the game’s description and do their own research to determine if the content is acceptable for their child.

An example of a game with this rating is “WRC 5 FIA World Rally Championship.” In this game, players drive a variety of cars on different tracks throughout the world, improve their skills and unlock new rides as they progress throughout their career. The violence and sexual content in this game are almost nonexistent, and the only questionable thing for parents would be the fact that there might be car crashes in the game. 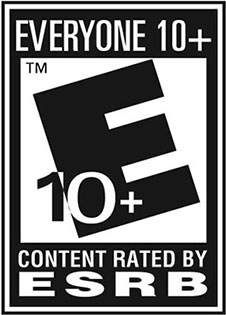 This rating is identical to the “Everyone” rating above except it puts a floor on the appropriate age at 10 years and older.  According to the ESRB states this rating may contain more cartoon, fantasy or mild violence, mild language and/or minimal suggestive themes.This is a newer rating added recently by the ESRB.

An example of a game with this rating is “Minecraft Story Mode.” In this five-part episodic series, you’ll embark on a perilous adventure across the Overworld, through the Nether, to the End, and beyond. This game is really great for the little engineer or  tinkerer in your life. It’s also a great game for kids to play online together and to show what they can accomplish when they put their mind to. 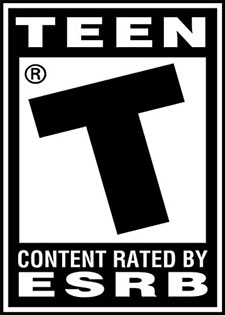 The teen rating is one that implies the game is suitable for those ages 13 and older. This rating means the game is likely to contain more language, violence, blood, crude themes and suggestive content than games with the E rating. A difference between Teen and E ratings is that more advanced themes, such as simulated gambling, may start to appear that are not suitable for kids.

A great example of a game with this rating is “Star Wars Battlefront.” This game lets players take the role of combatants in the Star Wars universe and has a Teen rating because it is entirely based on violence. It has very little other game-play that does not involve shooting or blowing things or people up. While it lacks language or other crude themes, the sheer excessive violence prevents it from achieving the E rating. 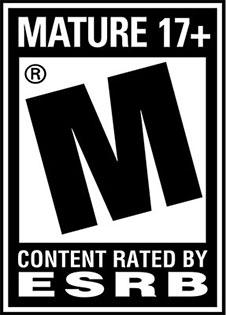 The mature rating means a game is suitable for players ages 17 and older. This rating is different from the Teen rating mainly because of the increased intensity or frequency of the themes and content previously mentioned. A game with this rating will likely have more realistic violence, increased use of strong language and more frequent sexual or explicit content.

A great example of a game with this rating is “Call of Duty: Black Ops III.” This game is similar to the above-mentioned “Battlefront,” but the weapons look realistic and combatants are humans instead of fictional or cartoon characters. The game also features more mature themes, such as torture, beatings and stabbing, and explicit language is used frequently throughout gameplay. 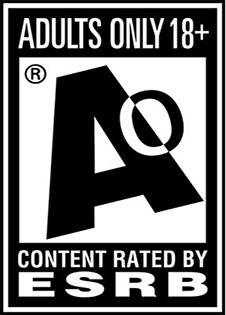 The adult only rating mean

s the content is suitable only for adults ages 18 and older. This rating used less frequently but will typically be applied to games featuring a large amount of nudity, excessive realistic violence or gambling using real currency. Parents are strongly encouraged to monitor their children’s games to see if any of them have this rating and take appropriate action.

An example of this game would be “Seduce Me.” The game is centrally focused on strong sexual content, drugs and strong language. This game is entirely inappropriate for children of all ages, and its content is approved only for adults.

This rating is not a rating but rather a placeholder. Used mostly in commercials or advertisements prior to a game’s release, this rating means the ESRB is still determining what their final rating should be.

Interactive elements are fairly straightforward, but an important warning that parents should heed is the “Online Interactions Not Rated by the ESRB” warning that frequently appears on games that rely on or connect to the internet. This means that your child could be exposed to strong language or other crude content via the internet as they interact with other players around the world. The ESRB cannot rate or monitor all of these interactions.

When shopping Fatwallet’s amazing deals on video games, be sure to check the ESRB rating and other information they provide to ensure your child gets a game that is appropriate for them and one that you approve of. Everybody wins!